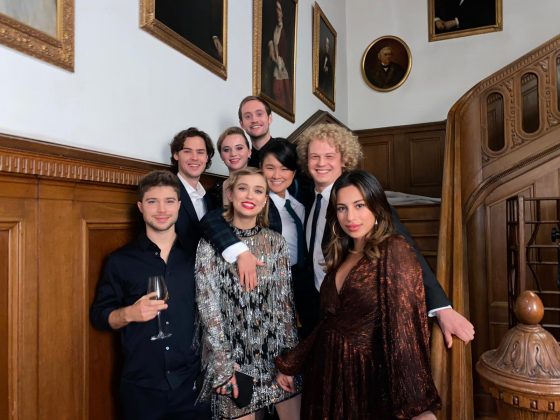 The 2nd season of our Netflix show “BIOHACKERS” has wrapped filming! We are happy to continue telling the exciting story around medical student Mia (Luna Wedler) and her professor Dr. Lorenz (Jessica Schwarz). 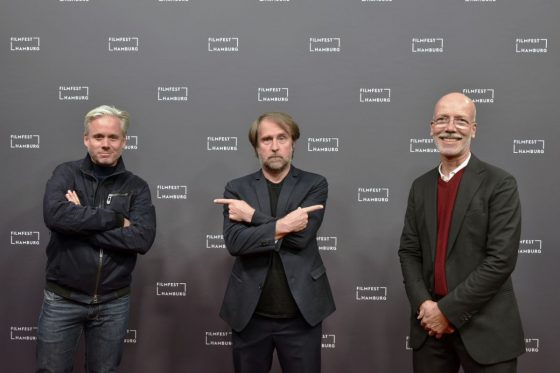 Bjarne Mädel’s directing debut had its premiere at Filmfest Hamburg on 25th of September. We are happy that we could present our film at a sold out cinema hall to an excited audience!

Detective Sörensen moves to the countryside due to his anxiety disorder. But being there he soon finds out that the northern German province is not als calm as expected.

“THE LITTLE WITCH” AVAILABLE ON NETFLIX 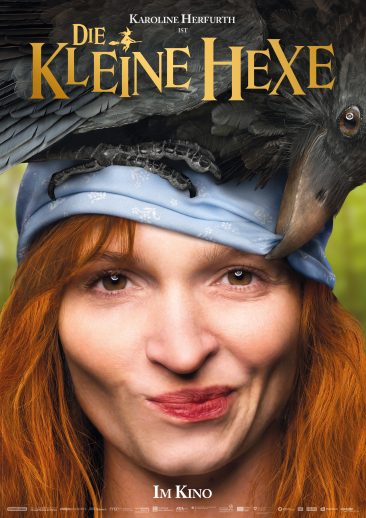 Since beginning of august you can watch our film “The Little Witch” on Netflix. Have fun watching the screen adaption of the famous book by Otfried Preußler starring Karoline Herfurth! 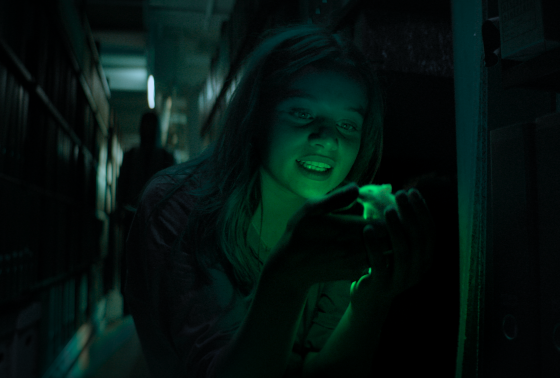 Finally “Biohackers” is going to be launched worldwide on Netflix on the 20th of August. In the thriller series full of suspense, dark secrets and first love, we follow freshman Mia (Luna Wedler) to University in Freiburg and inside the mysterious world of biohacking. Be eager to watch the first Netflix Original by showrunner Christian Ditter and Claussen+Putz Filmproduktion!

“ANATOMY” AND “VAMPIRE SISTERS” ON NETFLIX 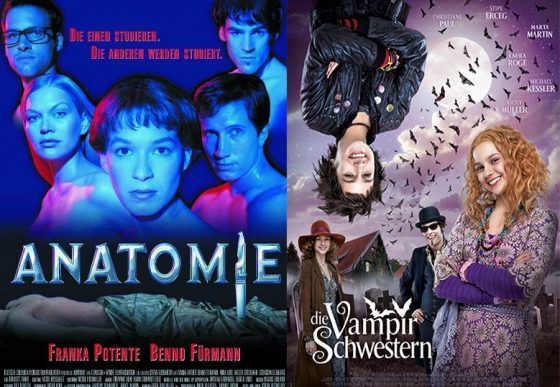 Suspenseful medical thriller “Anatomy” by director Stefan Ruzowitzky and the “vampire sisters” trilogy are now on Netflix. Enjoy streaming the most successful German movie in cinemas in the year 2000 and the adventures of the special twins!

SHOOTING OF “SÖRENSEN IS FRIGHTENED” STARTED

Since February 19 we are shooting in the high north. Wonderful Bjarne Mädel makes his directing debut while starring the crime film “Sörensen is frightened” for NDR (Northern German Broadcasting). The Screenplay is by Sven Stricker who also wrote the novel of the same name. Until March 20 Bjarne Mädel and his DOP Kristian Leschner (pictured here) are shooting with the whole crew at and on the dyke in Northern Germany. 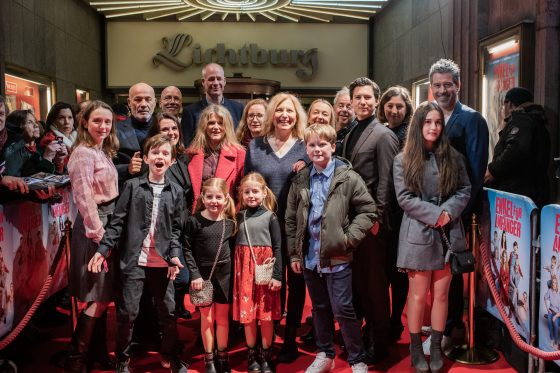 On Sunday, 26th of January our comedy “Granny Nanny” celebrated premiere in Essen. Our great grown-up and young actors, director Wolfgang Groos and producers Uli Putz and Jakob Claussen presented the film in a full cinema hall at Lichtburg Essen to an enthusiastic audience. What a great night! Cinema release is on the 6th of February. Don’t miss it! 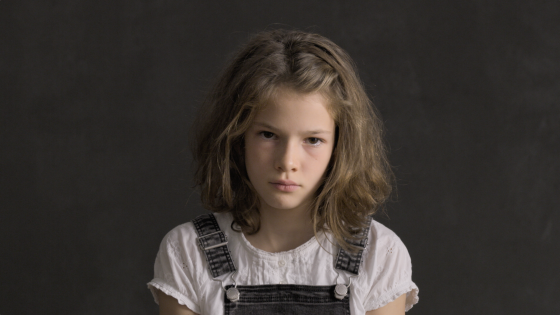 Last autumn we were able to be part of a special project. For UBSKM’s campaign “Calling helps!”, which started on Jan 28 all over Germany, we produced a tv- and cinema-spot with director Caroline Link. Both spot and campaign promote the help phone against sexual abuse. We are happy to be part of this important project! 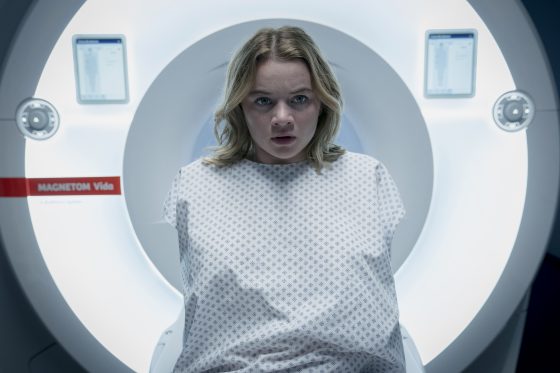 Waiting is over! The second season of science-thriller series “Biohackers” is going to be on Netflix on the 9th of July.

The new episode starts with medicine student Mia not being able to remember anything. What has happened to her after the mysterious kidnapping in season one? To find answers, she now has to ally with the person she trusts least: Prof. Dr. Tanja Lorenz. 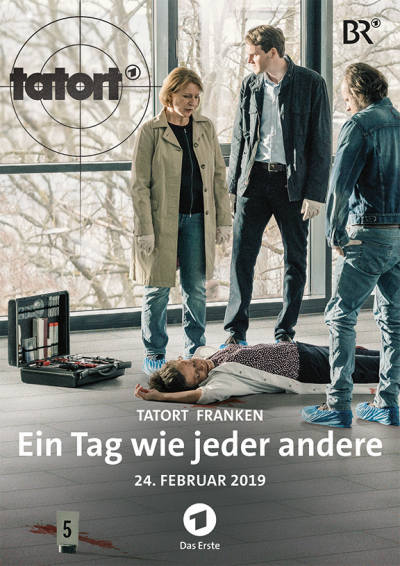 Our crime film “A Day like any other” (Director: Sebastian Marka, Screenplay: Erol Yesilkaya) is the most popular film of the series “Tatort” in 2019. Users of the website “Tatort-Fundus” voted it at the top of the ranking. 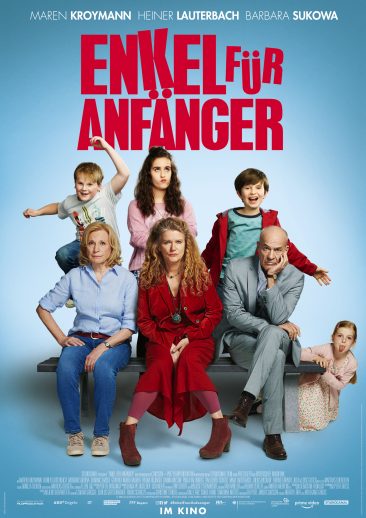 Our Comedy “Granny Nanny” will be released in cinemas on the 6th of February 2020! In the new film directed by Wolfgang Groos Maren Kroymann, Barbara Sukowa und Heiner Lauterbach can be seen in the leading roles.

FREE TV PREMIERE “MY NEIGHBORS WITH THE FAT DOG” 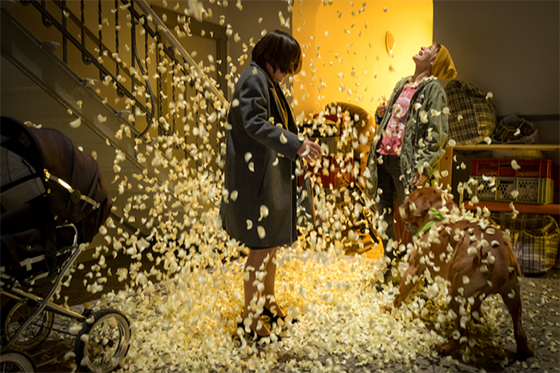 On Friday, 18th of October at 8:15 pm “My Neighbors with the fat Dog” can be seen at German public service broadcaster ARD. In the comedy different environments are clashing, when in Susanne’s Neighborhood a cheeky little girl is moving in who is turning her calm life upside down. 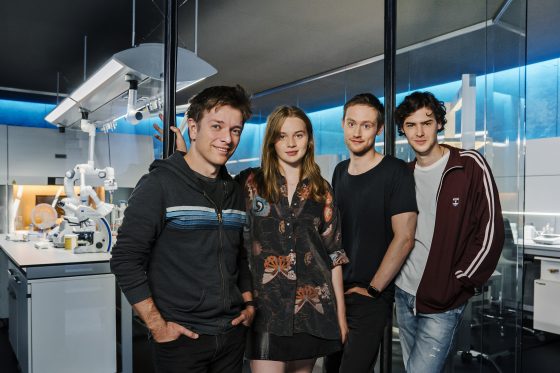 Luna Wedler is playing medical student Mia Akerlund, who comes to prestigious university of Freiburg with a dark family secret and soon is facing the fascinating but illegal world of biohacking.

The rapid 6-episode thriller series is going to be seen exclusive on Netflix in spring 2020. 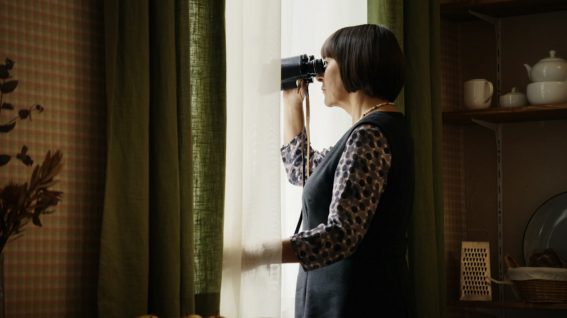 We are happy that Ingo Rasper’s “MY NEIGHBORS WITH THE FAT DOG” celebrates its premiere at Filmfest Munich. On Wednesday, 3rd July 2019 at 8.30 pm you can celebrate with us at Rio Filmpalast. 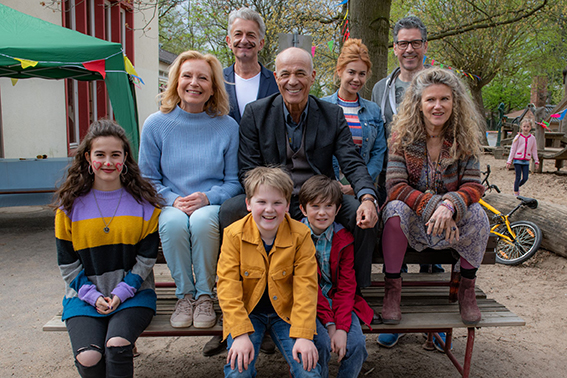 Since the 3rd of april we are filming our new film comedy “Enkel für Anfänger” which translates to “Grandchildren For Beginners”. Under the direction of Wolfgang Groos (back right), Maren Kroymann, Heiner Lauterbach and Barbara Sukowa are playing three friends who couldn’t differ more as hired grandparents. The set for the first day of shooting, where this picture was taken, was a school festival with face painting for children, but also the rest of the film is very colourful. We are really happy about the great cast (from left: Maya Lauterbach, Dominic Raacke, Palina Rojinski and sitting: Julius Weckauf and Bruno Grüner). It’s a comedy for the heart and the whole family! 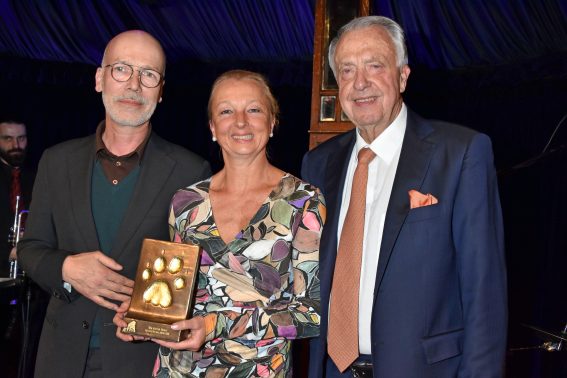 On the 4th of April 2019 Uli Putz and Jakob Claussen were awarded the German “Branchentiger” for the outstanding success of “Die kleine Hexe” (engl. “The Little Witch”). The price is presented by the German Federal Film Board (FFA) for films which have a higher box-office result than the costs of production. We are really happy about so many old an young people who wanted to watch this special film in cinema and of course also that we got the “Branchentiger”! 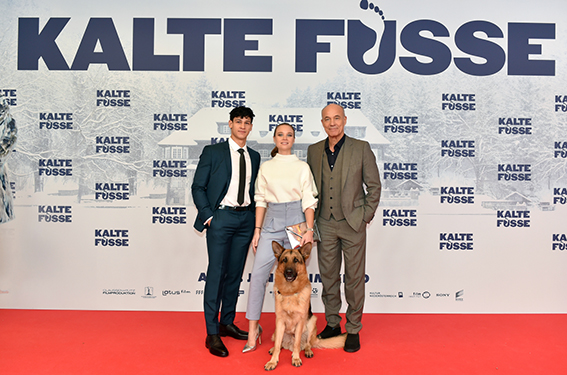 Just as the first snow of the winter has fallen, our snow-comedy “Cold Feet” had its launch party at Mathäser Cinema in Munich. The main actors Heiner Lauterbach, Emilio Sakraya and Sonja Gerhardt were very happy to see a cinema hall full of people and an excited audience.

BUDDING FILM ADAPTATION OF A NOVEL 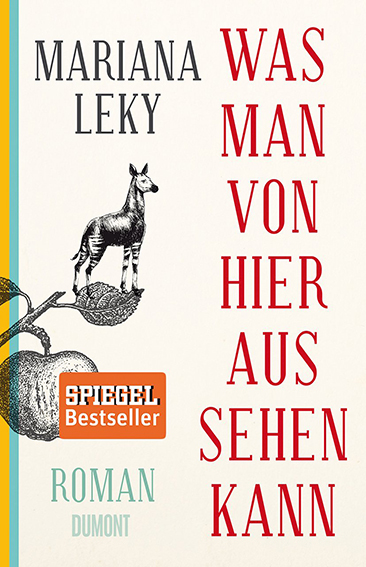 With “Was man von hier aus sehen kann” (engl. “What You Can See From Here”) Mariana Leky did not only create a real surprise hit in the German book trade, but also an extraordinary touching and beautiful novel. Therefore we are very happy to develop the story together with STUDIOCANAL and director Aron Lehmann for the big screen. 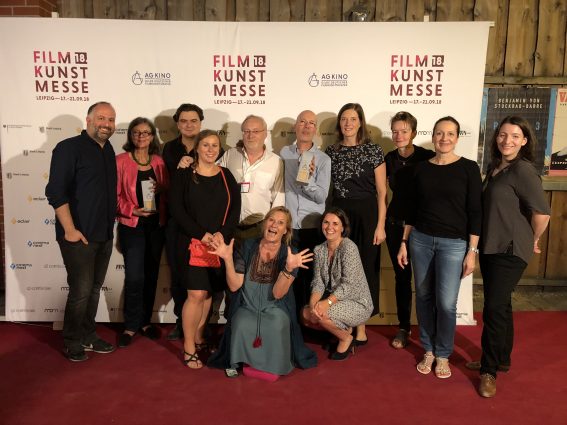 We’re glad to announce that “Die kleine Hexe” (engl. “The Little Witch”) was awarded with the “AG Kino Gilde-Filmpreis” in the category “Best Children’s Film”.